At the end of the exhibition ‘A-Z 2018 (annual report)’ we invite you to the conversation devoted to the long-term utopian project of Andrzej Tobis ‘A-Z (Educational Cabinets)’, which the exhibition at Jednostka Gallery is part of. The pretext for the conversation are the artist’s words spoken during the preparations for the exhibition: “I wanted the ‘A-Z’ project, which is a kind of dictionary, to contain a minimum of 1000 entries. Every dictionary consists of several thousand, tens of thousands or even hundreds of thousands of words. There is no dictionary with fewer than a thousand words. I once wrote that my intention was to find 1000 entries and die. Wojciech Wilczyk advised me to stop at 999 entries. Wojtek, unfortunately, it is too late.”
Tobis admits that 1080 illustrations have already been found from over 17,000 entries from the German-Polish illustrated dictionary published in the GDR in 1954, which was the inspiration for the project.

Wojciech Wilczyk (b. 1961) is a poet, photographer, author of essays and art critical texts, and curator of exhibitions, lecturer at the Academy of Photography in Cracow.
Author of three books of poems: ‘Steppenwolf’, ‘Eternit’, ‘Realism’ and photographic documentary projects: ‘Black and White Silesia’, ‘Kalwaria’, ‘Life After Life’, ‘Postindustrial’, ‘No Such Thing as an Innocent Eye’, ‘Holy War’, and together with Elżbieta Janicka ‘Other City’. In collaboration with Grzegorz Wróblewski, he completed the intermedia project ‘Blue Pueblo’, combining text and photographs, which was accompanied by an artbook. Since 2009, he has been running a blog: hyperrealism.blogspot.com. The series ‘Polish-Polish Dictionary’, completed in the years 2014-2019, will be published in the form of a book at the end of this year by the Karakter publishing house. Winner of awards for cycles and photo albums.

2018 marked the twelfth anniversary of the commencement of Andrzej Tobis’ work, the ‘A-Z (Educational Cabinets)’ project. In these twelve years, he has undertaken a linguistic and visual journey through Poland while photographically recreating an illustrated German-Polish dictionary originally published in East Germany in 1954. As part of his conceptual project, all photographed scenes have to be shot in Poland, with over 1000 entries found so far. Tobis’ action is utopian – while it continues, its completion is unrealistic.
The exhibition presents a report on the progress of work on the project from 2018. 12 educational cabinets selected from each month are accompanied by a visual calendar with all photographs taken in 2018, as well as a map and text including the entries from the original dictionary that explains what Tobis found and where.

The opening of the exhibition took place during Warsaw Gallery Weekend 20–22.09.2019. 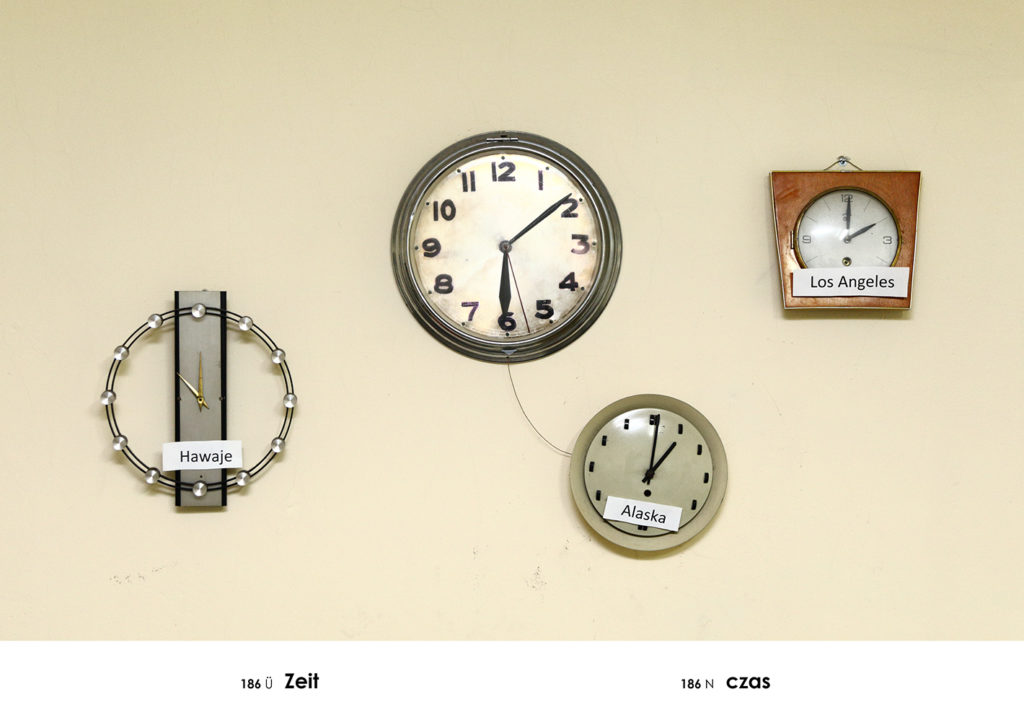