In 1971, Soviet television aired a program popular science showing the mechanisms by which you can effectively manipulate the human consciousness. Invited to the studio youth was subjected to experiments that took viewers realize the extent to which conformity suggestion and influence the perception of reality by eliminating even the most obvious facts. There will be special to assert that the image of this (although not directly) exposed the techniques used every day by the Soviet power. No one then saw the subversive potential of this work – the tube regime propaganda presented it as being without relation to the actual scientific curiosity. Modern autocracies, in particular those of the post-Soviet area, with great success in the program have adopted techniques for collective management of public consciousness. Created a giant laboratory in which regardless of the consequences created standard model of the social structure.

The refusal is an attempt to produce various visual control and exert pressure. In the process of formatting and shifting meanings and creating new ideologies are consistent with both innocent gestures, like social engineering and proven treatments. Depending on the region they vary in intensity, scale and methods, but they all serve a particular utopian vision imposed by the apparatus of power. The only recorded here by accident disorder that scheme was an incident in the Belarusian collective farm Krejwańcy where plowman Valery, a local labor leader, despite the clear command superiors, refused to cooperate with the photographer. 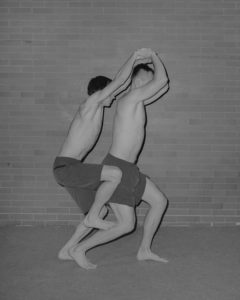