The exhibition organised in partnership with JEDNOSTKA Gallery in Warsaw.

Common Ground is an attempt to define spaces for collaboration and comprehension, arising from socio-political tensions to be found in contemporary Poland, but also in the rest of Word. Gestures of protest, as well as being a declared manifestation of people’s world views, can also be firmly connected with the creation of communities, involving engagement and activism. Common Ground presents various forms of dissent and opposition, which in turn offer the opportunity for creative collaboration.

The exhibition brings together two spheres – the fictional and the real.

The first sphere includes ‘Pierwszy Marsz Dżentelmenów’ (The First March of Gentlemen, 2017), envisioned as a fictional story, formed of authentic histories connected with the town of Września in Poland, which then lead to reflections on the subject of protests and disciplinary mechanisms. A series of collages – using the archives of Ryszard Szczepaniak, a photographer from Września who in the 1950s took portraits of his friends – link the broader reality of life in Poland at the time with memories of a strike organised by children in Września at the start of the 20th century, in opposition to the Germanisation of schools – mainly opposing prayers and religious lessons being conducted in German. The First March of Gentlemen is a utopian vision of a civic society, as well as being a reflection upon the activity of contemporary civic movements.

The second sphere interprets specific events. ‘Prawie każda róża na barierkach przy Sejmie’ (Nearly Every Rose on the Barriers in Front of the Parliament, 2017) refers to protests against reforms which politicised the courts in Poland. A display of white roses, stuck into the barriers erected and guarded by police officers outside the Polish parliament building, being a symbol of peaceful protest, is banal and accidental. Reminding us of ordinary, non-heroic gestures from the protests in the summer of 2017.

The performative video work ‘Wysiew’ (Seeding, 2018), created together with Karolina Gembara, reconstructs the act of black flares being lit by Black Protests participants in Warsaw on the 23rd of March 2018. Photographs of tall plumes of black, swirling smoke were published widely at the time, provoking discussion about how the feminist movement was being radicalised.

The next work which is related to female acts of resistance and protest is the mural ‘Łzy’ (Tears, 2020), featuring a portrait of a participant from the first Black Protest in 2016 organised in opposition to anti-abortion legislation being proposed. The composition was created based on a photograph taken from the Archive of Public Protests (APP).

APP is a platform for the distribution of images related to socio-political tensions in Poland. It is documentary in character, recording scenes from civic movements, grass-roots initiatives opposing attacks against democratic processes and human rights. The authors of these works, helping resource the APP collections alongside Rafał Milach, include Agata Kubis, Adam Lach, Chris Niedenthal, Wojciech Radwański and Paweł Starzec. The exhibition is enhanced with very short animated films from the series ‘Animowane Archiwum Protestu’ (Animated Archive of Protest, 2019), created using photographs taken from the APP collections. 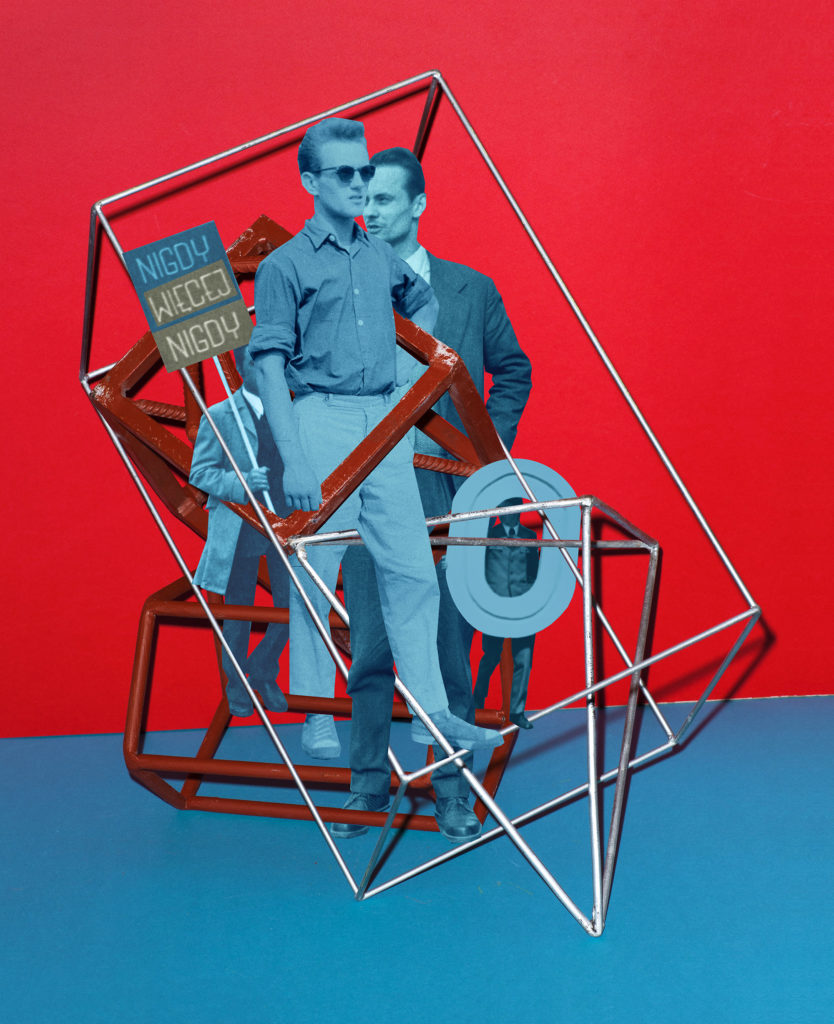 photo: Rafał Milach, from ‘The First March of Gentlemen’ series, 2017 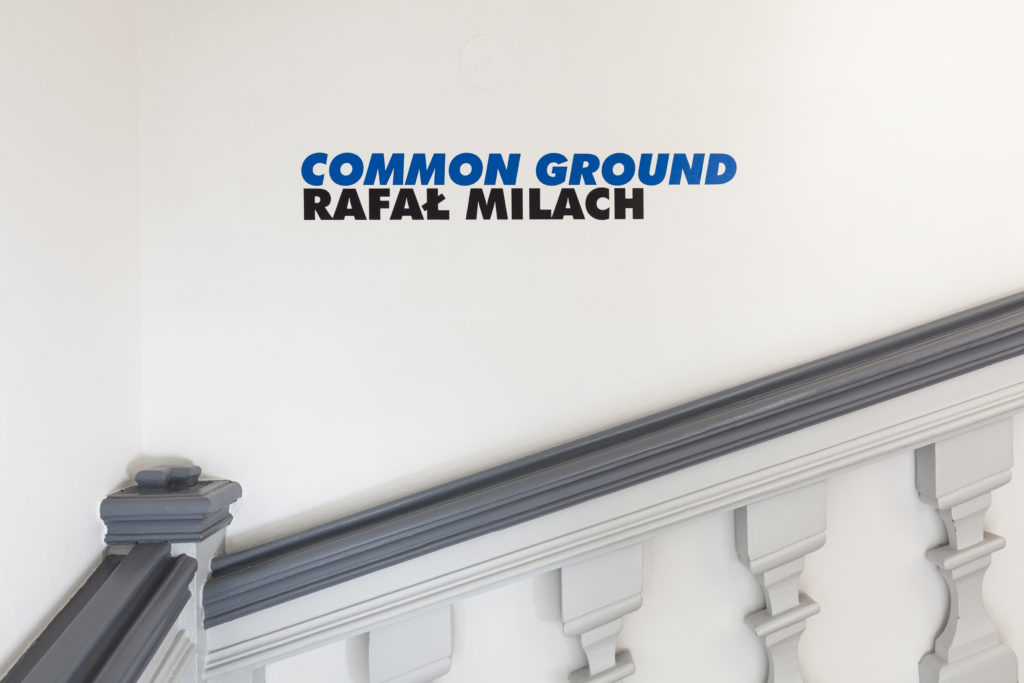 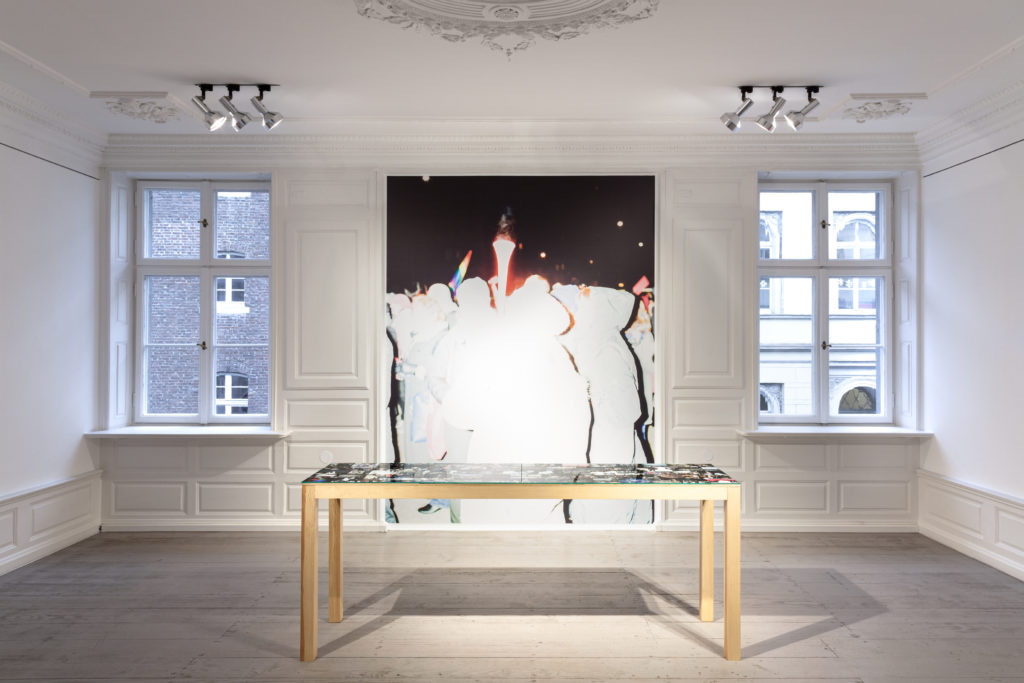 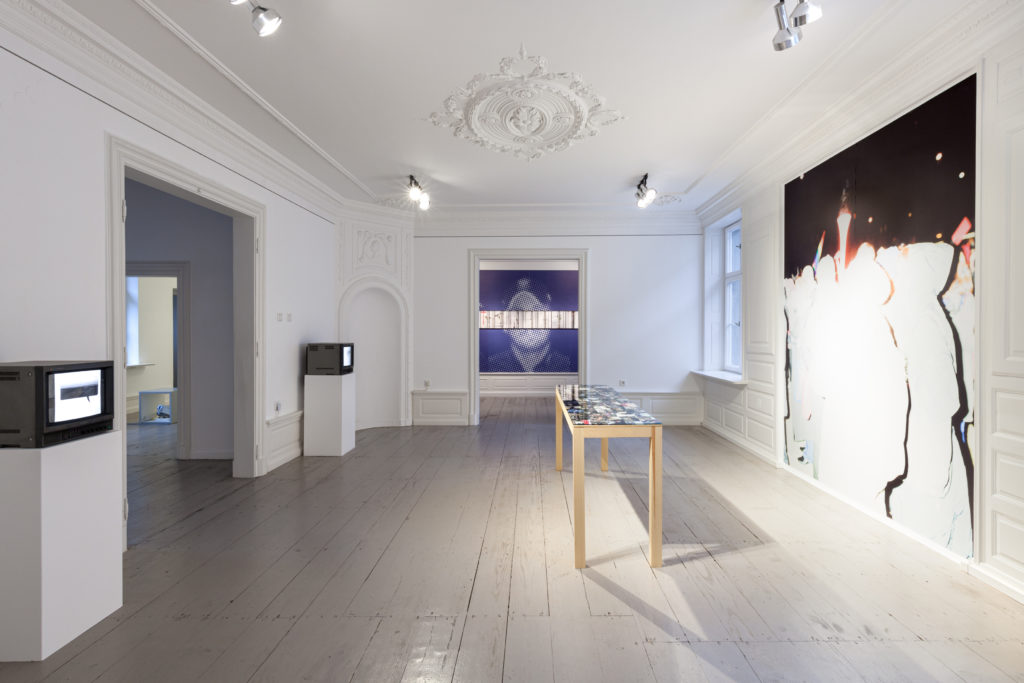 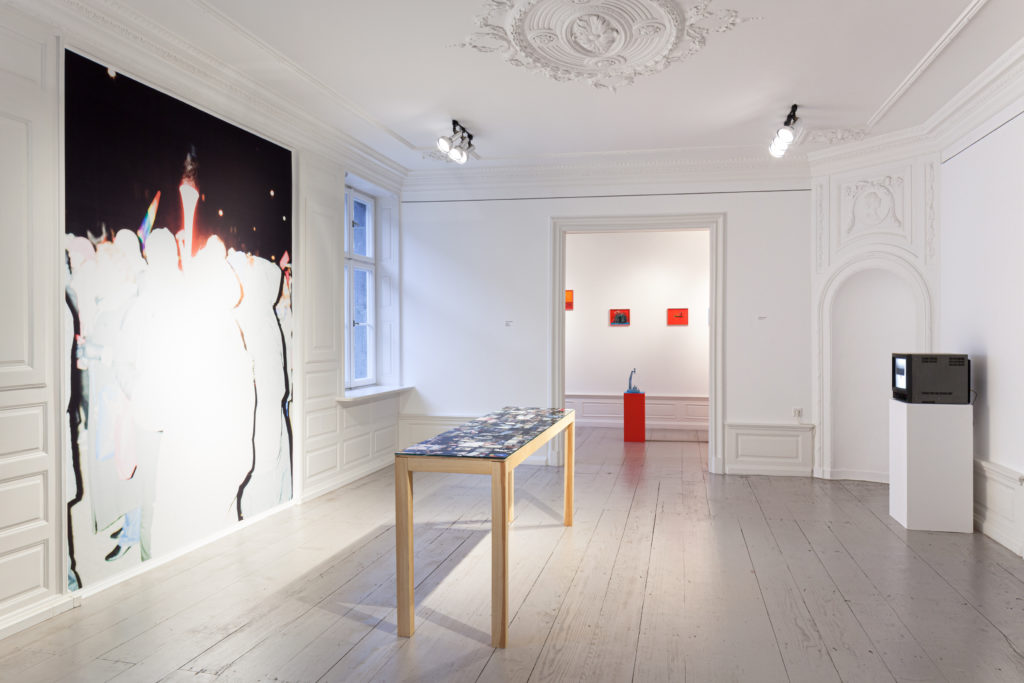 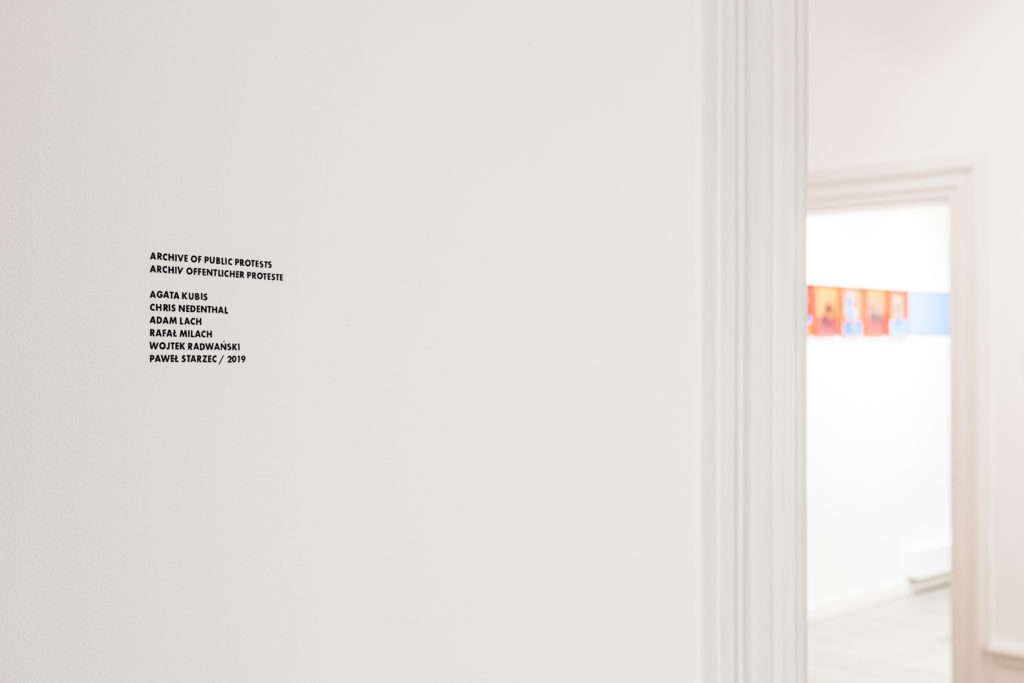 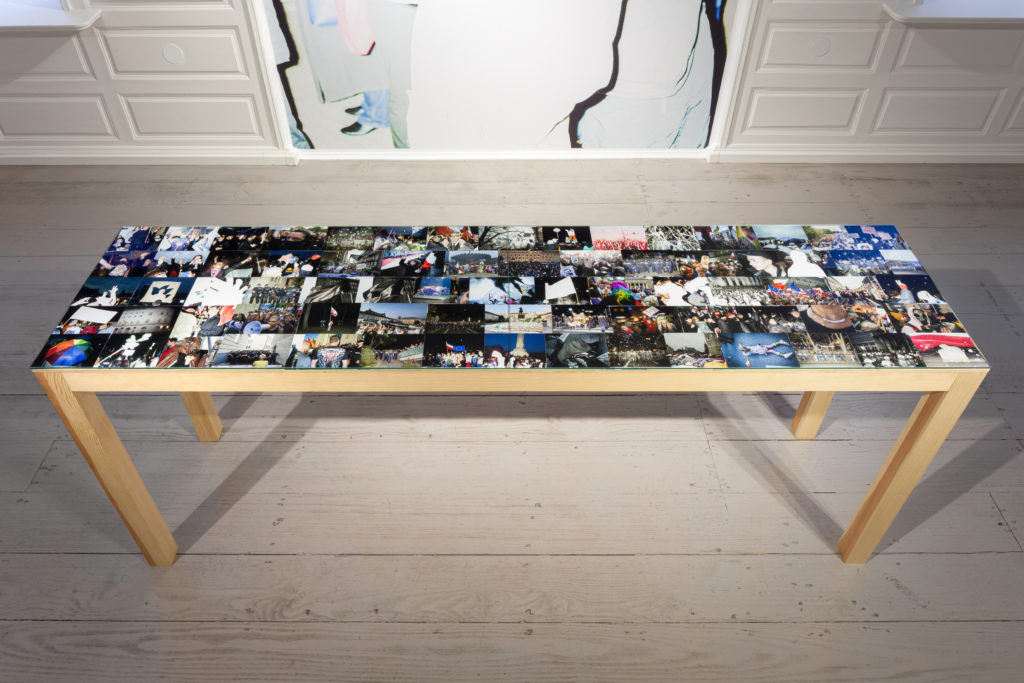 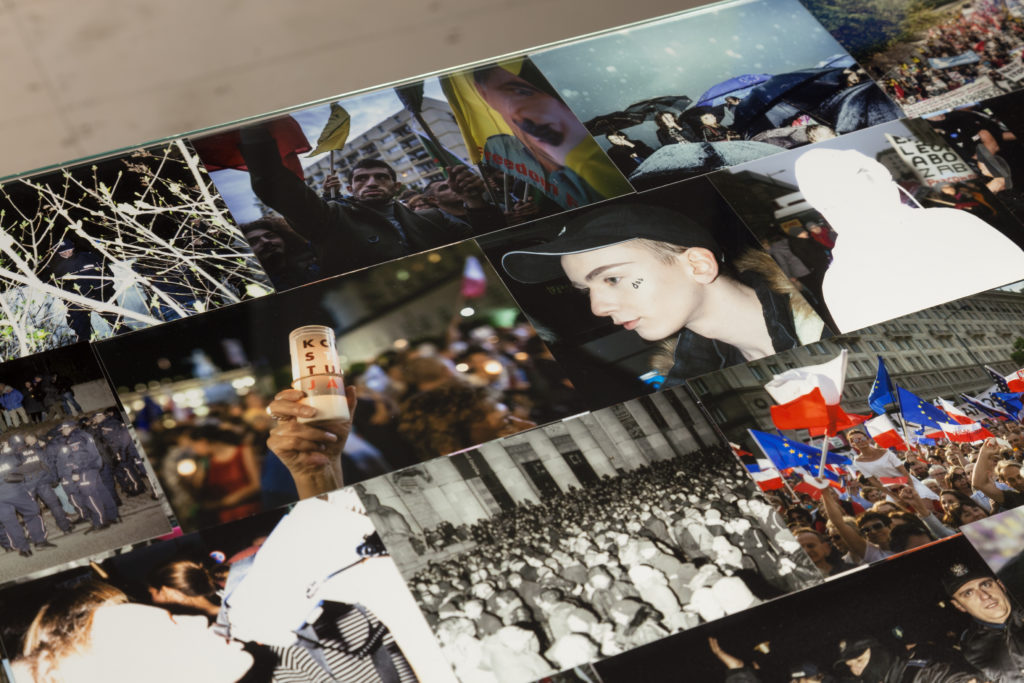 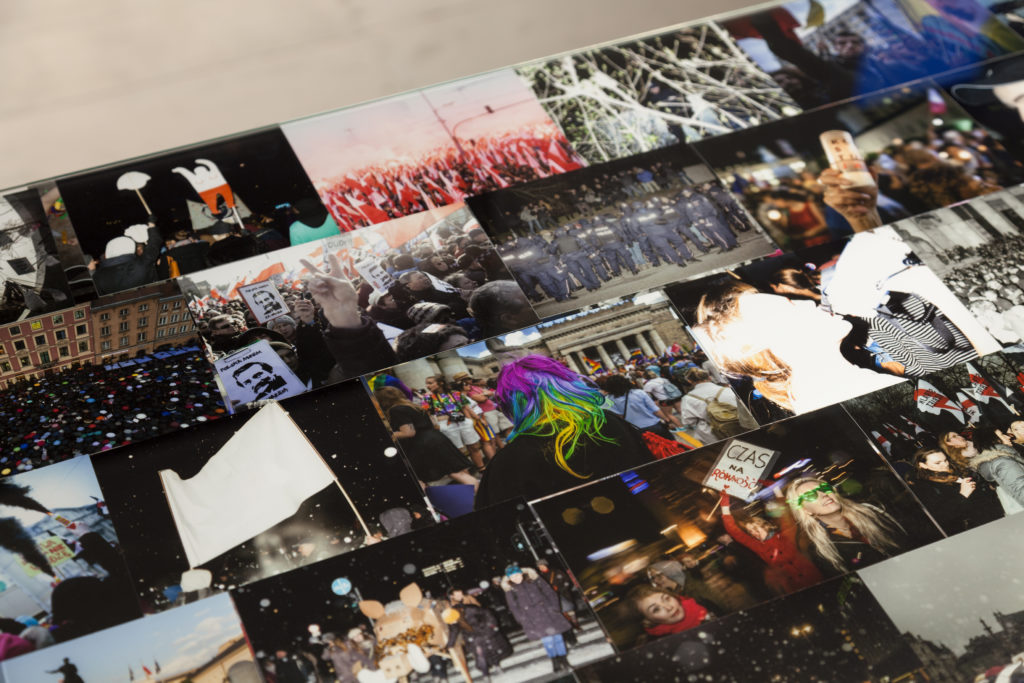 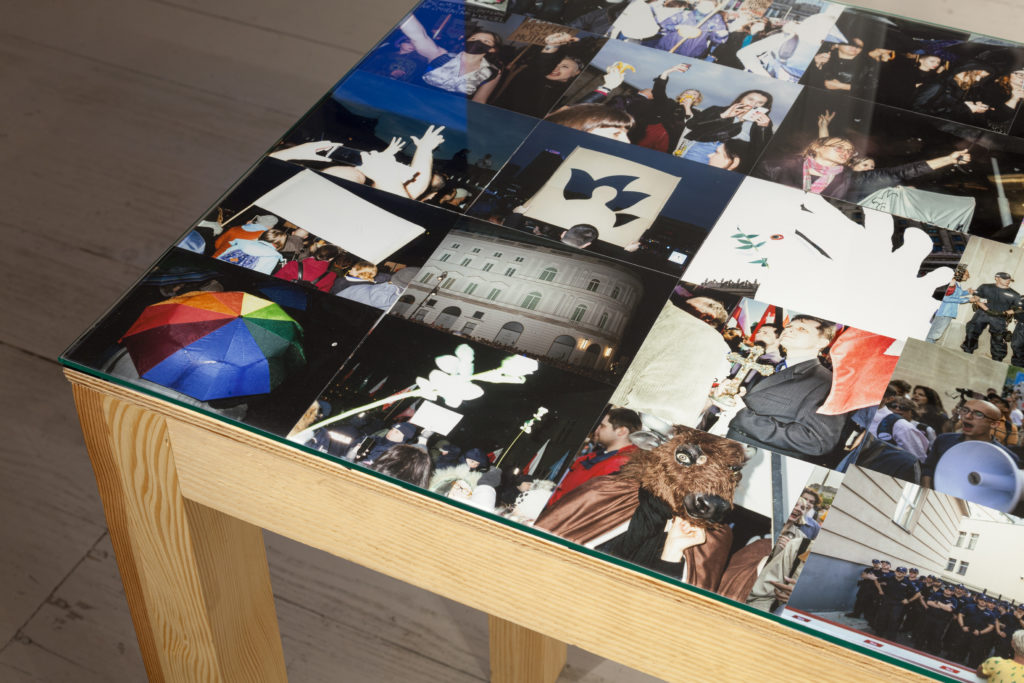 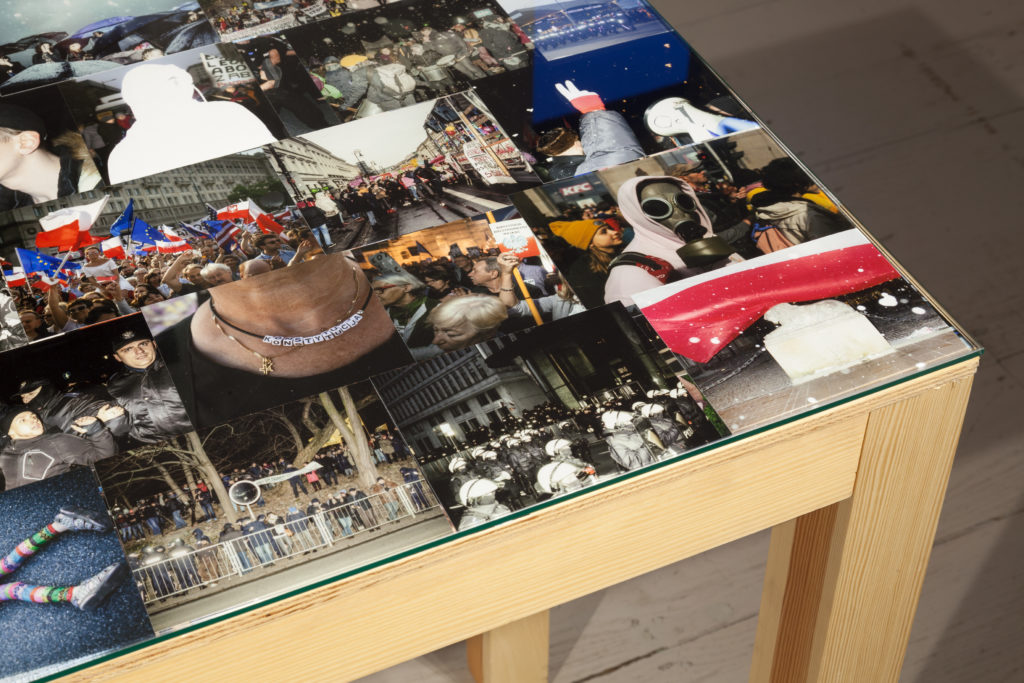 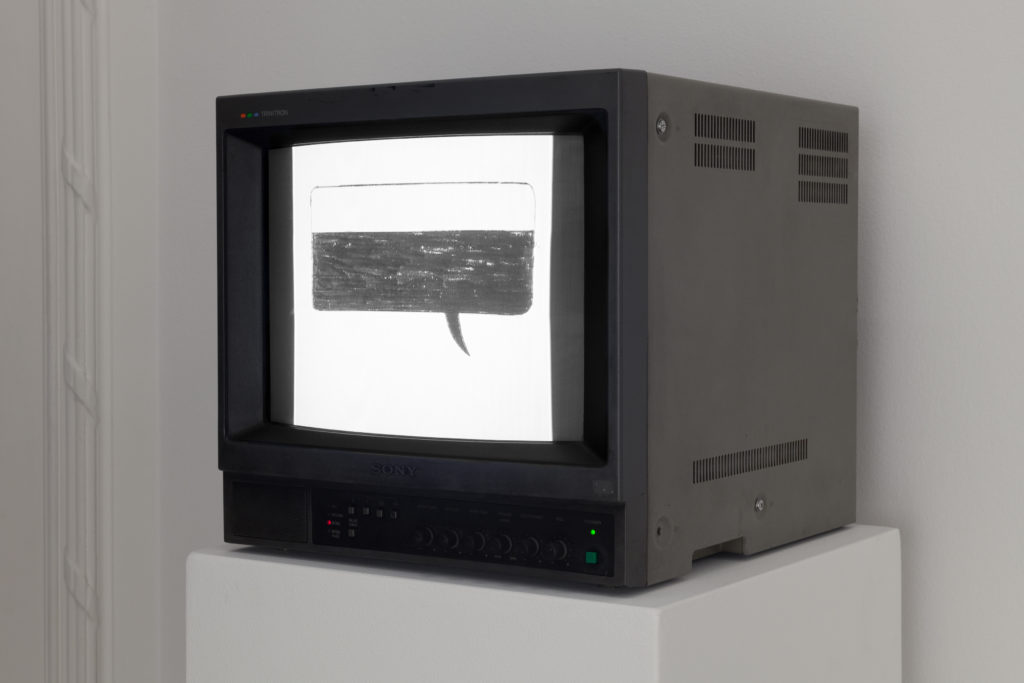 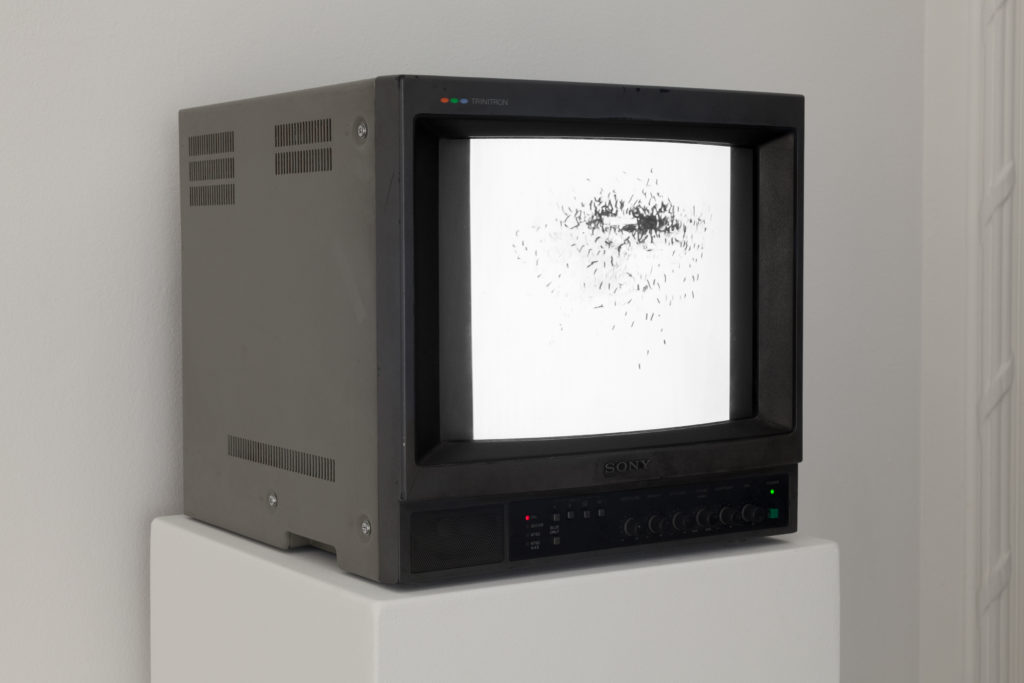 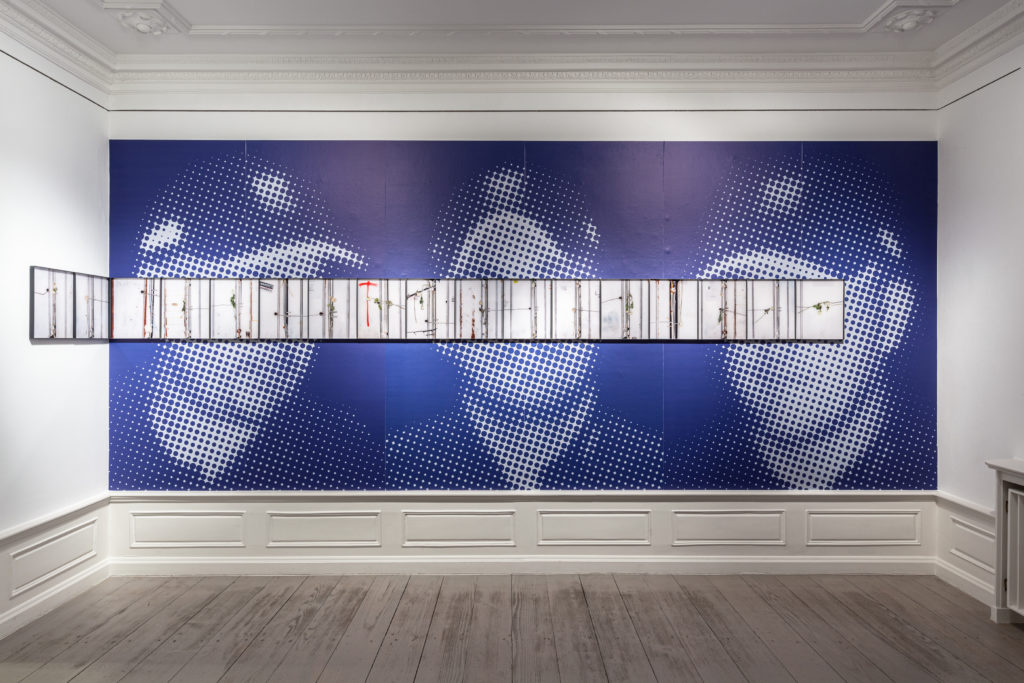 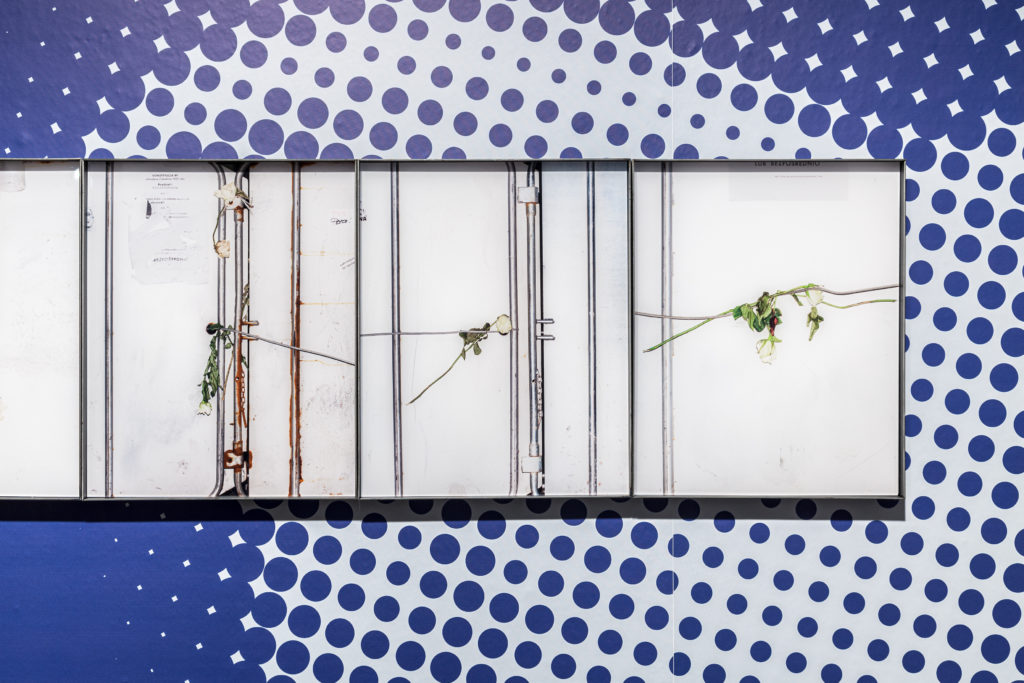 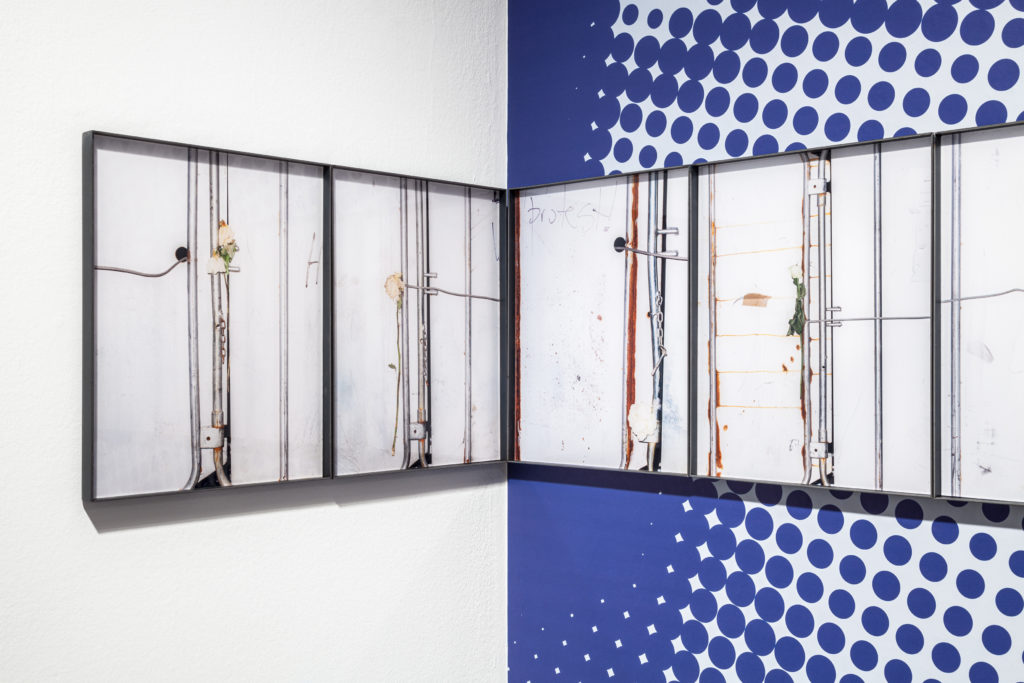 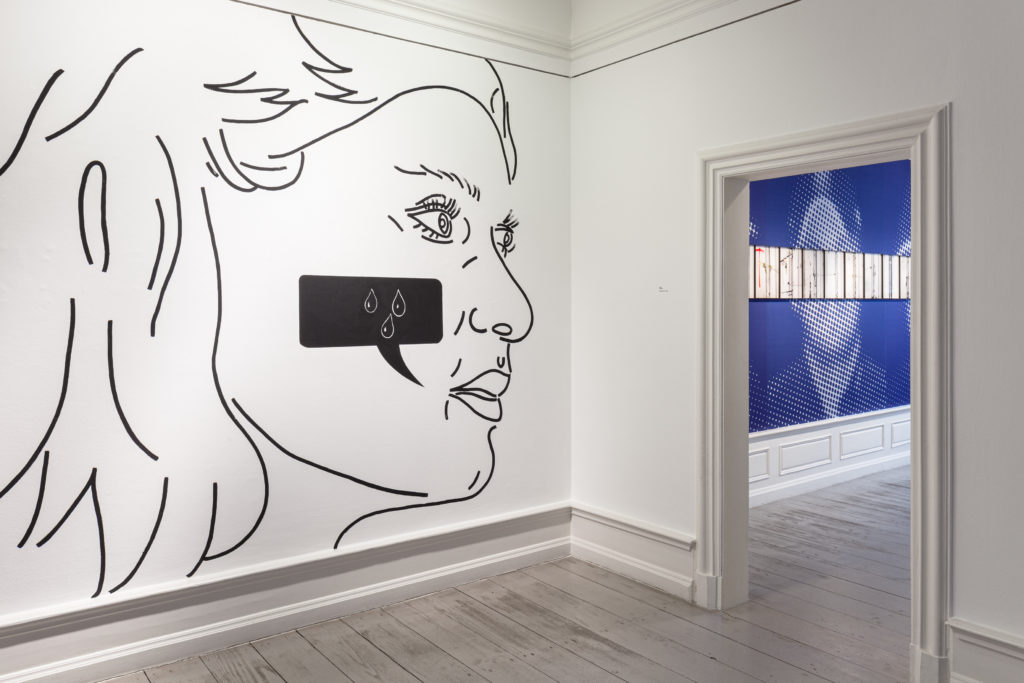 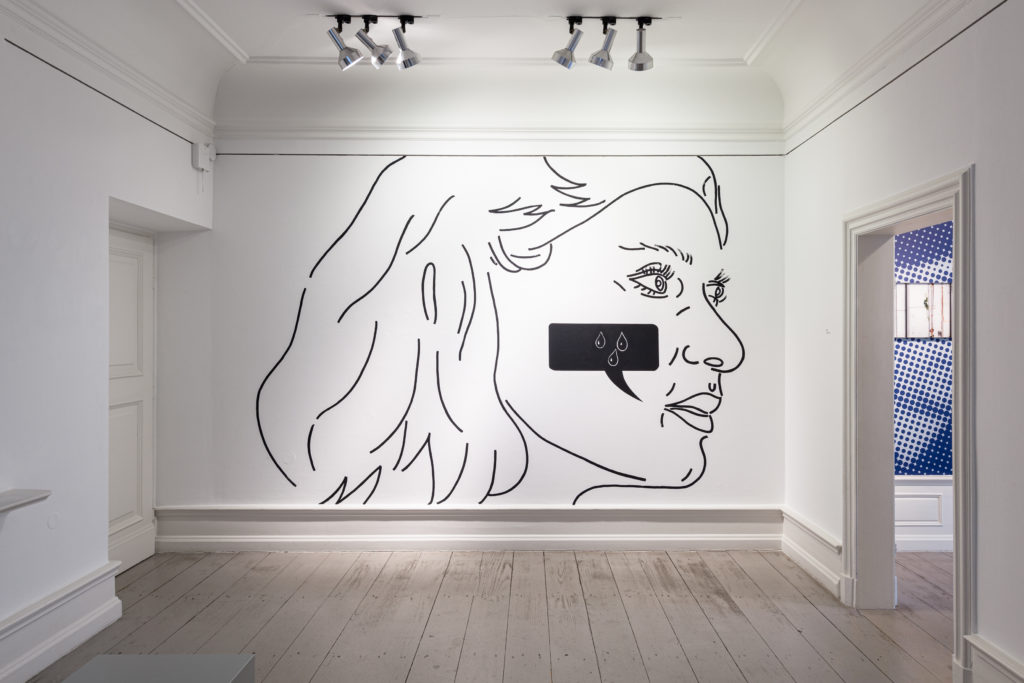 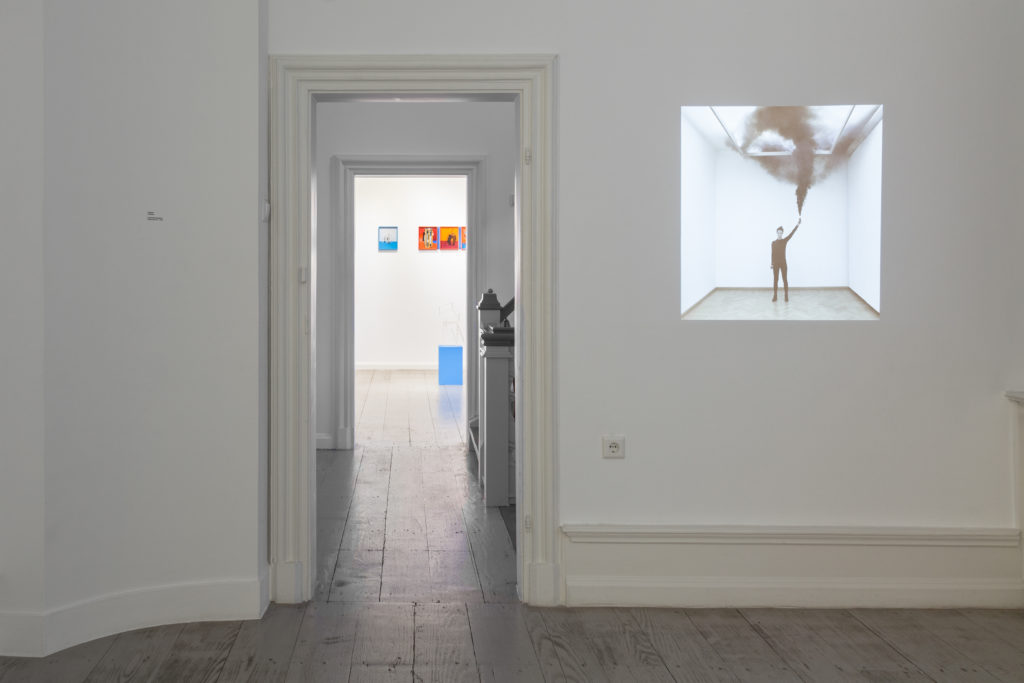 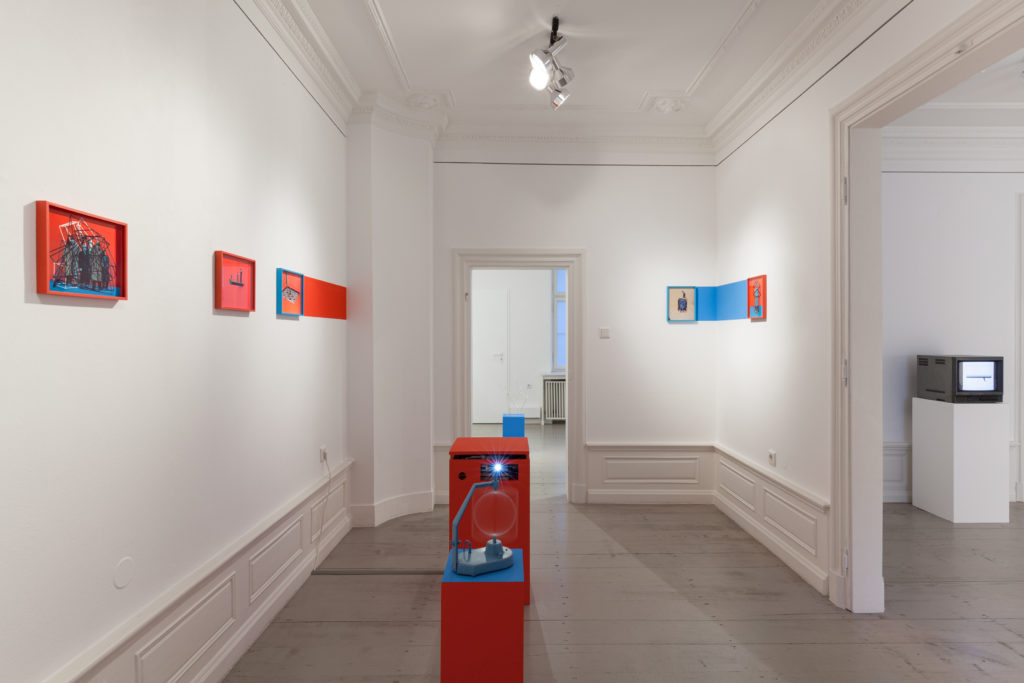 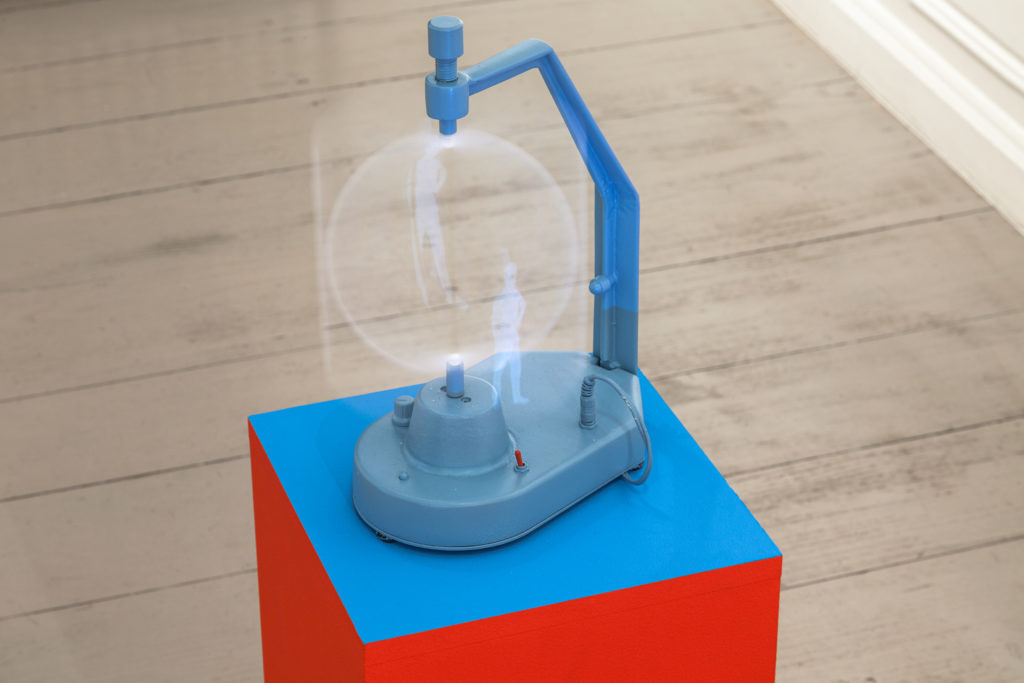 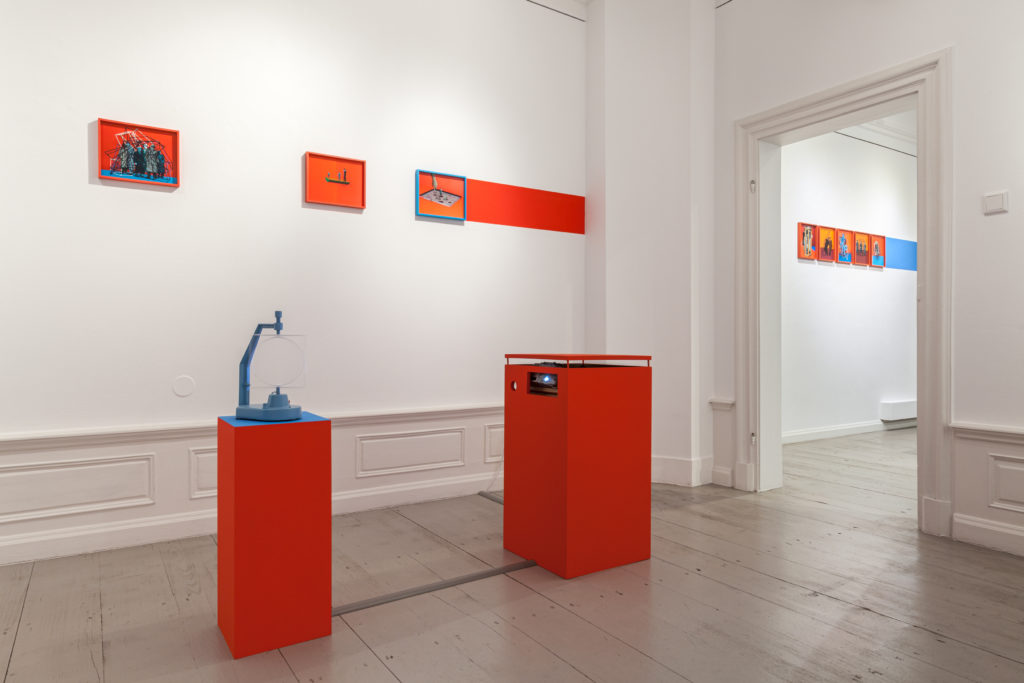 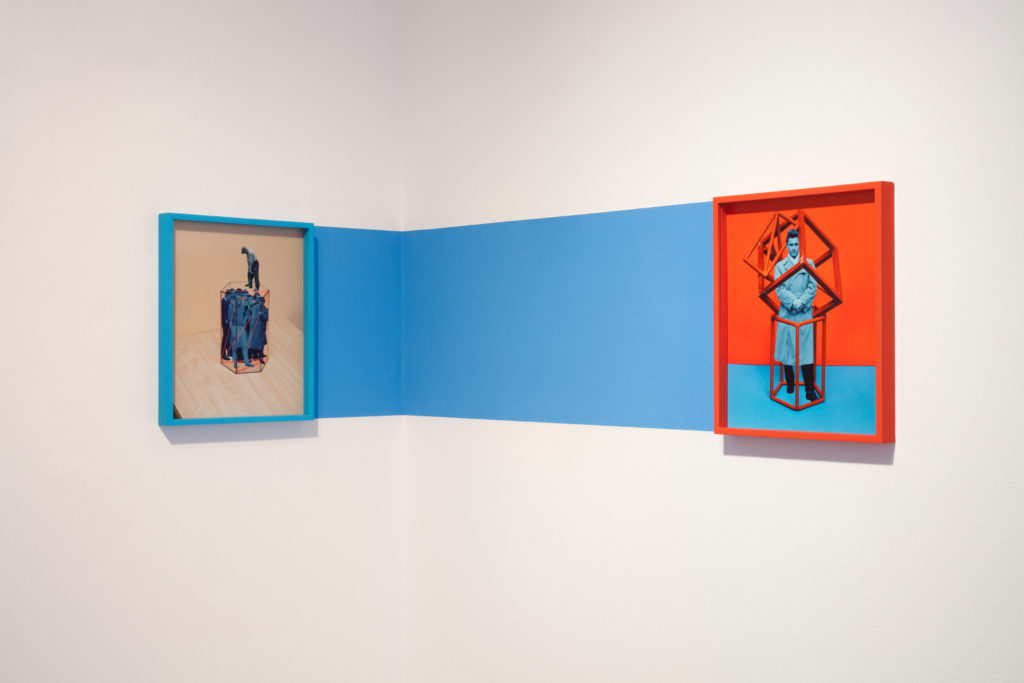 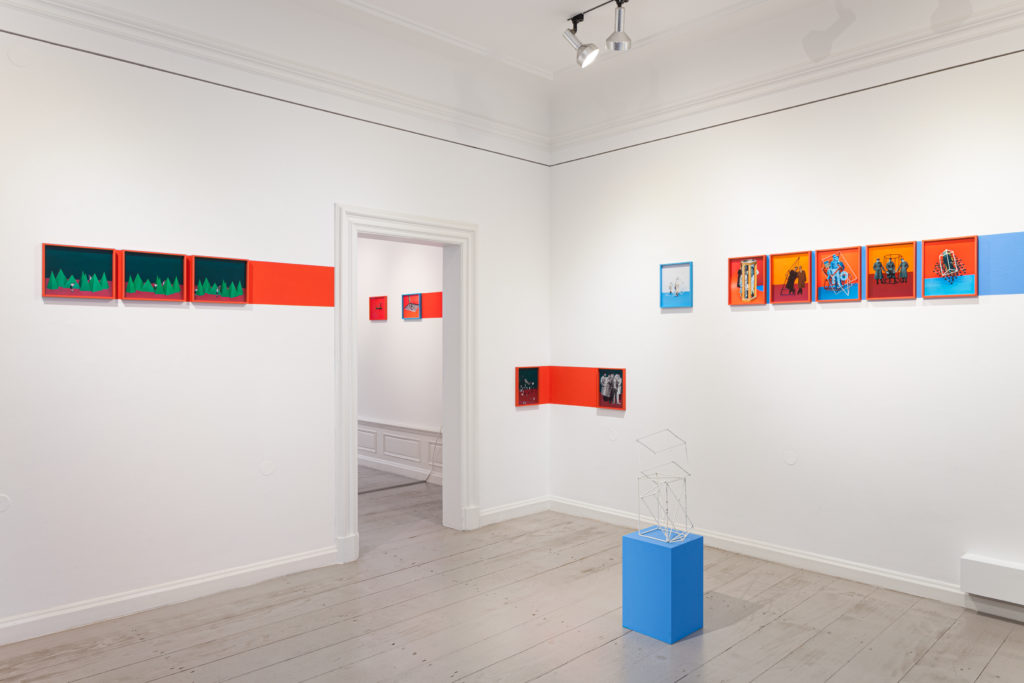 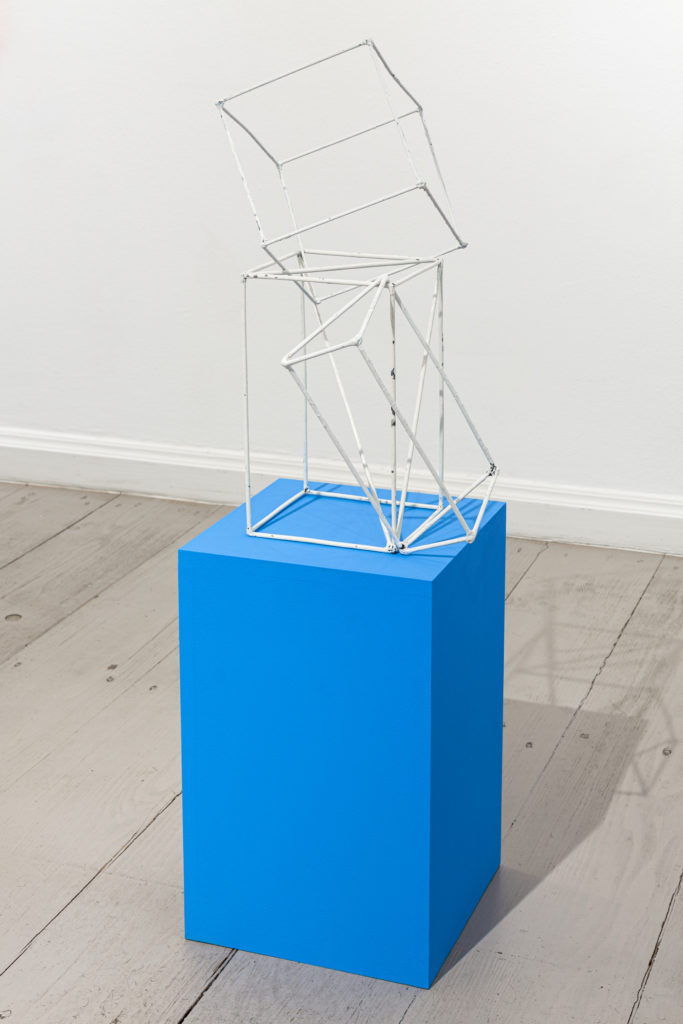 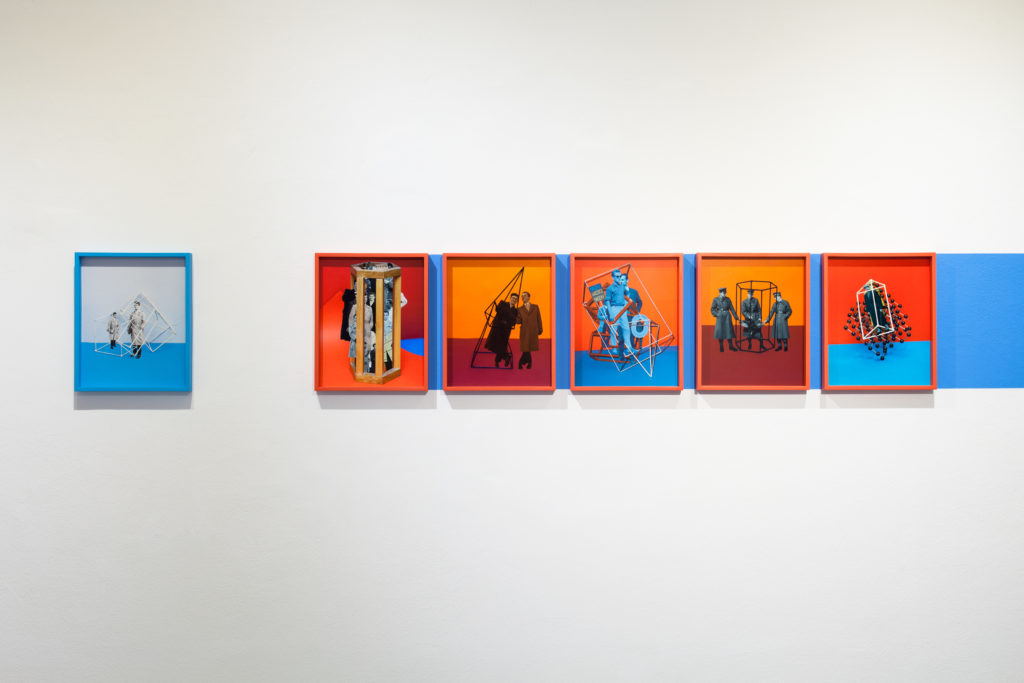 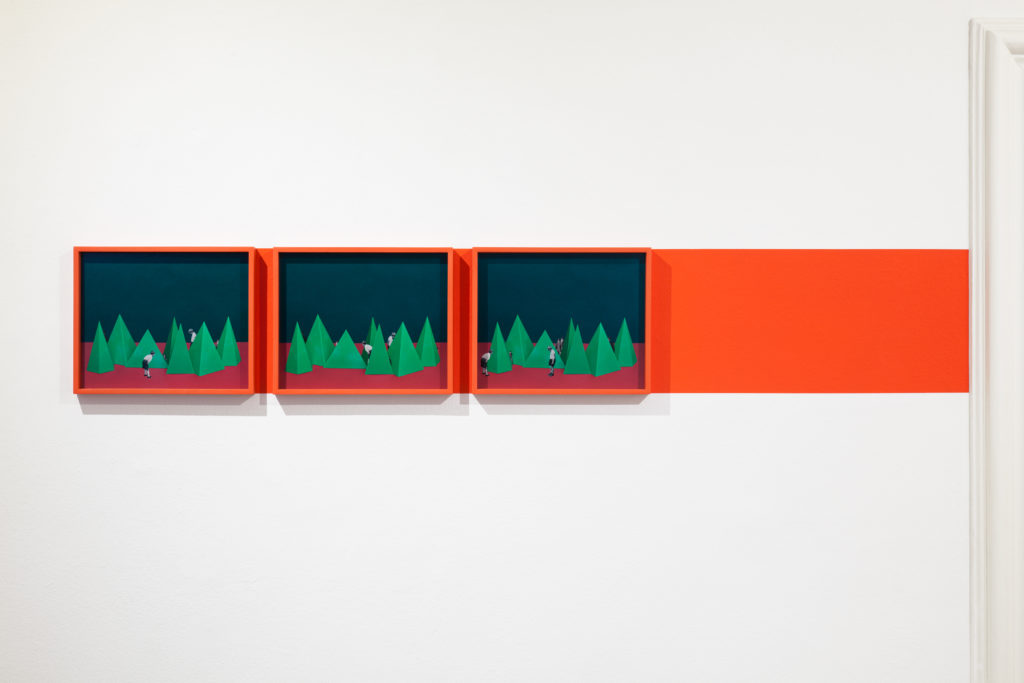 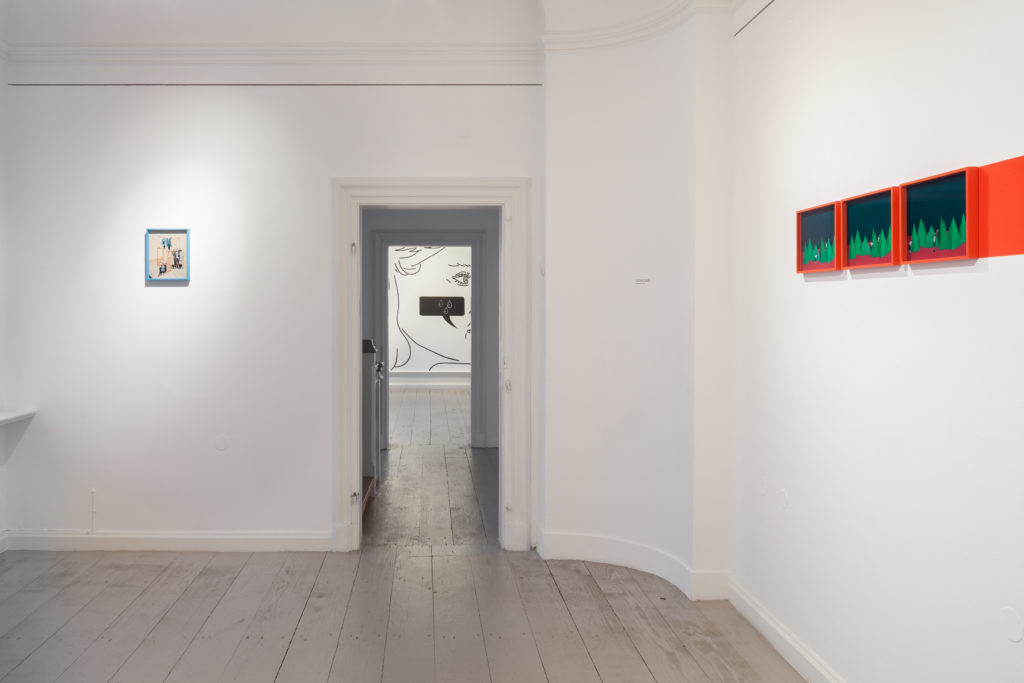 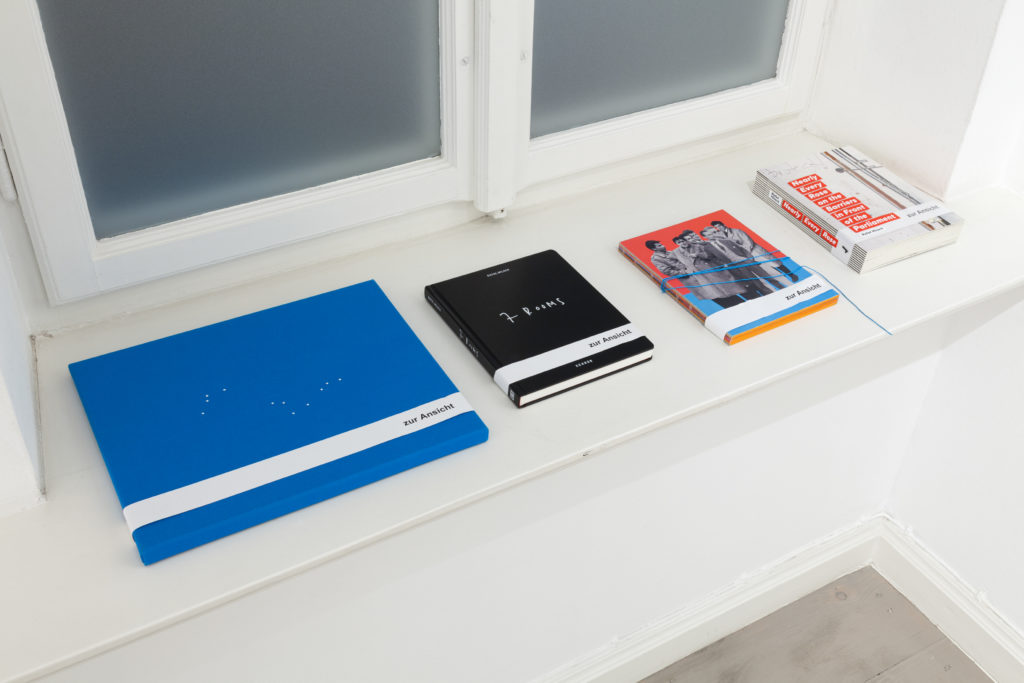