21.09.2019 (Saturday), 3 PM artist’s guided tour through the exhibition and premiere of the ‘A-Z (annual report)’ publication published by Jednostka

2018 marked the twelfth anniversary of the commencement of Andrzej Tobis’ work, the ‘A-Z (Educational Cabinets)’ project. In these twelve years, he has undertaken a linguistic and visual journey through Poland while photographically recreating an illustrated German-Polish dictionary originally published in East Germany in 1954. As part of his conceptual project, all photographed scenes have to be shot in Poland, with over 1000 entries found so far. Tobis’ action is utopian – while it continues, its completion is unrealistic.

Tobis says: “The twelve educational displays presented at the exhibition held at the Jednostka Gallery could have been chosen from the past twelve years of work, but I didn’t want to indicate a beginning or an end to this project. I’m showing the current status – twelve cases as a representation of the previous year for twelve months. 2018 was my most productive year and I managed to find the visual equivalent of over 180 entries. This could be a sign of progress… or just years of practice. This isn’t a summary – it’s an annual report, so in addition to the twelve displays, in a separate “workroom” space you can see every ‘A-Z’ project find from 2018 as well. There is also a map and text including the entries from the original dictionary that explains what I found and where.

Three years ago, I decided to invest more time and energy into my ‘A-Z’ – mainly because of the re-emergence of processes connected with Poland’s political transformations. It’s becoming more and more apparent that this conceptual transformation is a permanent state, with only its directions and dynamics changing. It also became clear that the ultimate end of it all will be quite the opposite to a tranquil state of nirvana.” 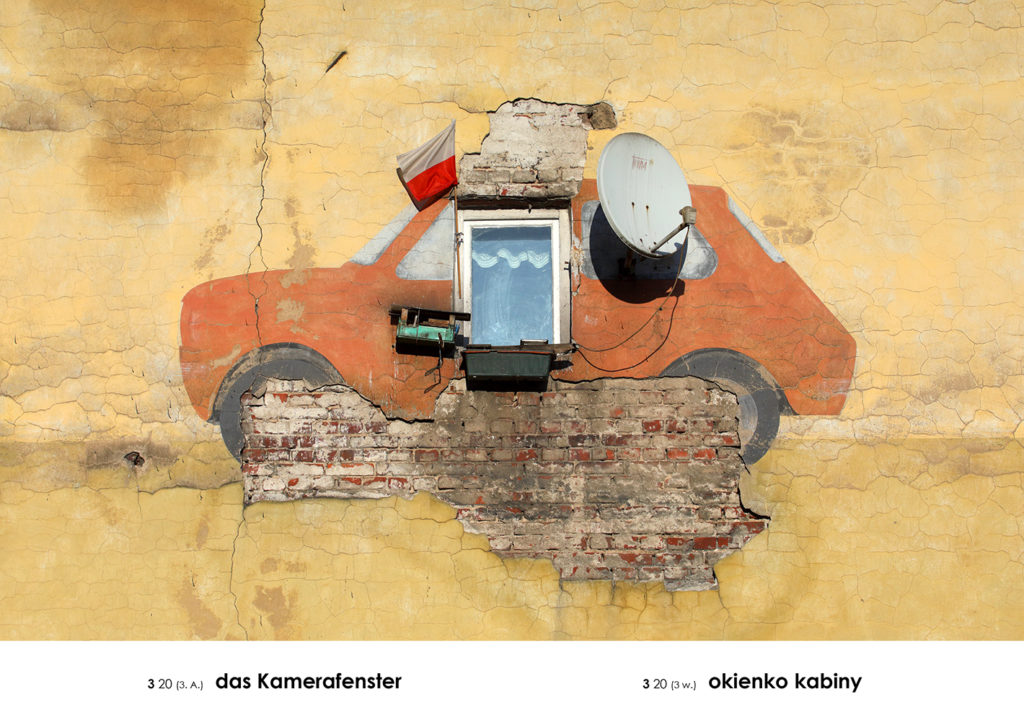